View cart “Road To Lo-Manthang” has been added to your cart.

Negotiate traffic out of the Kathmandu city to the Ringroad cross section – Koteshwor. From here, follow the newly constructed highway to Bhaktapur (Approx. 12 Km from Kathmandu).  The ancient Bhaktapur City or the “City of Devotees” situated at an altitude of 1,401 m, 12 kilometers east of Kathmandu. Bhaktapur covers an area of 4 square miles and is shaped like a conch shell. Pottery and weavings are its traditional industries.

Continue cruising past Bhaktapur to Banepa (Approx. 10 Km from Bhaktapur) via Jagati & Sanga passing road side settlements and terraced farmlands.  From here the road bifurcates east to Dhulikhel, North to Nala and south to Panauti. Head south and continue ride for Approx. 7 km to Panauti.

Here we stop for the sightseeing tour.

Panauti, a small town located 32 km Southeast of Kathmandu, found in the central regions of Nepal. Panauti is a historical city found in Nepal, as it was originally a small state given by King Bhupatindra Malla as a dowry to his sister. This town has a few prominent icons, such as the Indreswor temple and Durbar Square found in the town center. At the end of the 13th Century, Panauti was finally integrated into the unified kingdom of Nepal, along with Kathmandu, Patan, and Bhaktapur, which are all former capital cities of the Kathmandu valley. It, consists of a variety of Buddhist and Hindu religious monuments, and is considered to be one of the area’s most important medieval sites.

Panauti is quaint and interesting destination of Nepal. It feels as if has been left exactly the way the founders had built the town. A nostalgic atmosphere covers the narrow town streets and ancient structures. It is known as a Newari town that is located near Roshi khola & Punyamata Khola.

Later continue ride to Namobuddha (Approx. 10 Km) on a graveled & dirt road through the small settlements and terraced field alongside.

Namo Buddha is situated at an elevation of 1750m. It is very important Buddhist Pilgrimage which lies about 38 kilometers east of Kathmandu. The stupa & shrines built in this lovely little hill mark is a very ancient holy site.

Namo Buddha is the historically important place where a prince sacrificed himself for the sake of a sick and hungry tigress and her cubs. One can still find an old historical stone slab depicting the whole story of Namo Buddha. This is an important Buddhist shrine attracting many pilgrims. A trail from this site climbs up for about five minutes to the other site of the hill where there are several more stupas which is considered as a retreat center for Buddhist monks. An ancient carved stone reflecting the legend of Namo Buddha is still there which highlights the historical momentous of Buddha who was moved by compassion at the pitable sight of a tigress and her cubs that he offered his own body as food.

Dhulikhel, situated at an elevation of 1550 meters with panoramic view of the Himalayas is a small Newari town and is famous for its scenic beauty and old tradition. It offers magnificent views of the Himalayas from Mt, Karyolung in the east to Mt. Himalchuli to the west the twin crest of Mt. Langtang in the west to the Mt. Everest in the east can be clearly viewed in a clear day. Dhulikhel is ideal for snow-capped peaks, sunrise, sunset and it is different from any other and is one of the best sites to watch the sunrise over the Himalayas. From here the road bifurcates; east to Kodari and west to Kathmandu. Continue ride towards Kathmandu via Banepa, Sanga & Bhaktapur (approx. 30 Km).

There are no reviews yet.

Be the first to review “Mountains & Monasteries” Cancel reply 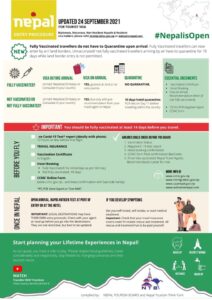